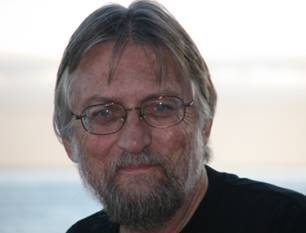 Al Kaszniak received his Ph.D. in clinical and developmental psychology from the University of Illinois in 1976, and completed an internship and postdoctoral training in clinical neuropsychology at Rush Medical Center in Chicago. He is currently Director of the Arizona Alzheimer’s Consortium Education Core, Director of the Neuropsychology, Emotion, and Meditation Laboratory, Faculty and Advisory Board member of the Evelyn F. McKnight Brain Institute, and a professor in the departments of Psychology, Neurology, and Psychiatry at The University of Arizona (UA). Al also presently serves as Chief Academic Officer for the Mind and Life Institute, an organization dedicated to dialog and collaboration between science and contemplative traditions. He formerly served as Head of the Psychology Department, and as Director of the UA Center for Consciousness Studies, and Chaired the Steering Committee for the inaugural International Symposia for Contemplative Studies (April, 2012, Denver, CO). Al is the co-author or editor of seven books, including the three-volume Toward a Science of Consciousness (MIT Press), and Emotions, Qualia, and Consciousness (World Scientific). His research, published in over 155 journal articles and scholarly book chapters, has been supported by grants from the U.S. National Institute on Aging, National Institute of Mental Health, and National Science Foundation, as well as several private foundations and institutes. His work has focused on the neuropsychology of Alzheimer’s disease and other age-related neurological disorders, cognition and emotion in healthy aging, consciousness, memory self-monitoring, emotion, and the psychophysiology of long-term and short-term meditation. Al has served on the editorial boards of several scientific journals, and has been an advisor to the U.S. National Institutes of Health, Department of Veterans Affairs and other governmental agencies, and has served on the Boards of Directors of several voluntary health organizations, professional organizations, and institutes. He previously served as President of the Section on Clinical Geropsychology, Division of Clinical Psychology of the American Psychological Association (APA), is a fellow of the APA, and is a fellow of the Association for Psychological Science (APS). In addition to his academic and research administrative roles, he received dharma transmission from Roshi Joan Halifax, Ph.D., founding abbot of Upaya Zen Center, is a teacher (Sensei) in the Soto tradition of Zen Buddhism, and serves as President of the Board of Directors of Upaya Zen Center and Institute, Santa Fe, NM.

1987-present Professor of Psychology, Psychiatry, and Neurology, Univ. of Arizona

1985-1987 Associate Prof. of Psychology and Psychiatry, Univ. of Arizona

1979-1985 Assist. to Associate Professor of Psychiatry, University of Arizona

Fellow, Center for Contemplative Mind in Society (funded through the Fetzer Institute), 2008 - 2009.

Listed as one of the 327 Best Mental Health Experts in the United States. Good Housekeeping Magazine, February, 1994, p. 83.

Teaching Award, Given by the 1975-1990 Graduates of the Clinical Psychology Internship Program, University of Arizona College of Medicine, 1990.

Commendation for special contributions as a member of the Veterans Administration Geriatrics and Gerontology Advisory Board, Washington, DC, 1989

M.A. with Commendation of Distinction, Graduate College, University of Illinois at Chicago, 1973.

B.S. with honors, College of Liberal Arts and Sciences, University of Illinois at Chicago, 1970.

Davidson, R.J. & Kaszniak A. (under review). Conceptual and methodological issues in research on mindfulness and contemplative practice.

Back, A.L., Rushton, C.H., Kaszniak, A.W., & Halifax, J.S. (in press). Why are we doing this? Clinician helplessness in the face of suffering. Journal of Palliative Medicine.

Kaszniak, A.W., & Zak, M.G. (1996). On the neuropsychology of metamemory: Contributions from the study of amnesia and dementia. Learning and Individual Differences, 8, 355-381.

Gatz, M., Eisdorfer, C., & Kaszniak, A. (1991). Recommendations to Division 12 on the kind of education and training needed by clinical trainees in order to be competent to work with older adults. The Clinical Psychologist, 10, 37-38.

Allender, J.A., & Kaszniak, A.W. (1989). Processing of emotional cues in patients with dementia of the Alzheimer type. International Journal of Neuroscience, 46, 147-155.